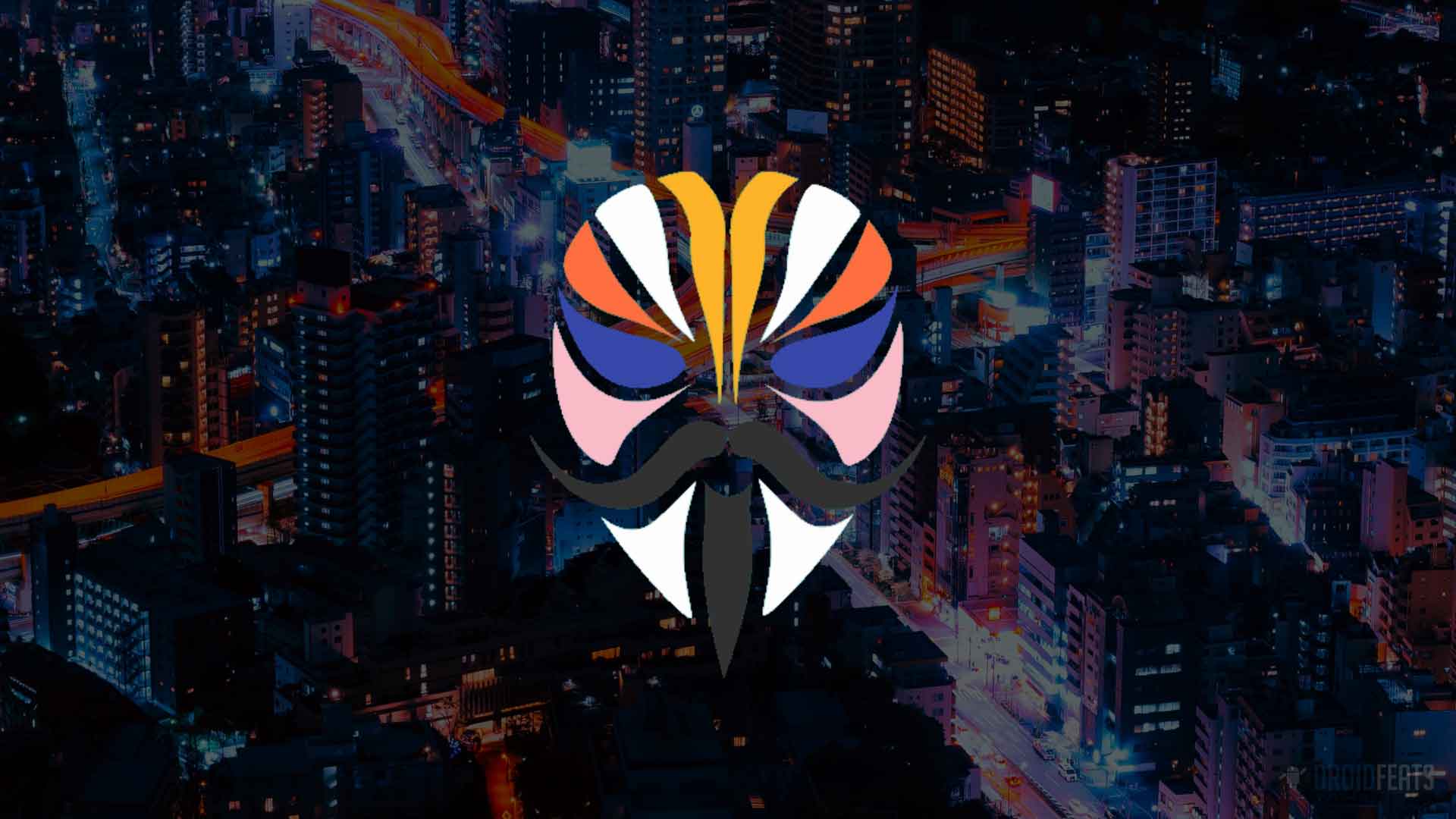 At this moment, I am sure that most of you know about Magisk root solution that works without touching the system partition. Thanks to the Recognized XDA Developer topjohnwu for this great tool. Since rooting via Magisk is systemless, un-rooting the device or updating the software is a seamless process. 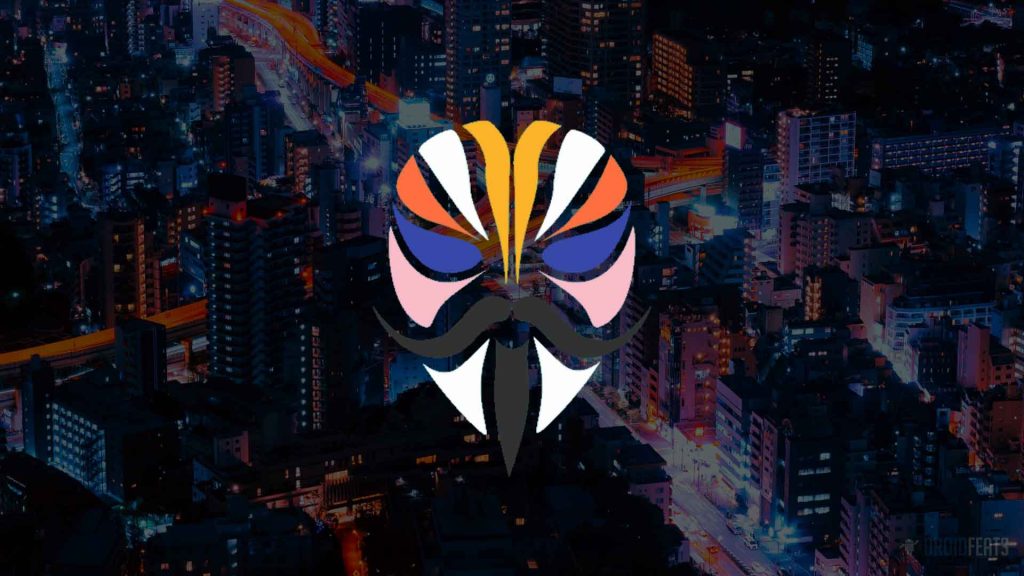 The developer is always active and working hard to produce newer versions of Magisk all the time with a lot of improvement and bug fixes. Recently, he released the newer version. i.e., the Magisk 19.3 and Magisk Manager 7.2.0. Check out his recent Tweet below:

Magisk v19.3 is just released to both public channels! Magisk Manager still need some extra work, so an update for that will come later in the future.https://t.co/YMjWhC9QJC

Magisk 19.3 update brings better process monitoring in MagiskHide along with a new user interface in the Magisk Manager application. During the process monitoring, the CPU won’t work at 100 percent, which fixes efficiency problem. Daemon crashes are less likely to happen too. This version fixes bootloops on many devices with the MagiskInit’s overhaul. Moreover, it supports Huawei’s new Extendable Read-Only File System (EROFS). This will improve the compatibility of EMUI 9.1 OS on the latest Huawei and Honor devices.

Magisk 19.3 update brings better process monitoring in MagiskHide along with a new user interface in the Magisk Manager application. During the process monitoring, the CPU won’t work at 100 percent, which fixes the efficiency problem. Daemon crashes are less likely to happen too. This version fixes boot loops on many devices with the MagiskInit’s overhaul. Moreover, it supports Huawei’s new Extendable Read-Only File System (EROFS). This improves the compatibility of EMUI 9.1 OS on the latest Huawei and Honor devices.

Magisk Manager got updated to version 7.2.0. The manager app got new user interface tweaks as you can see in the screenshot given below! 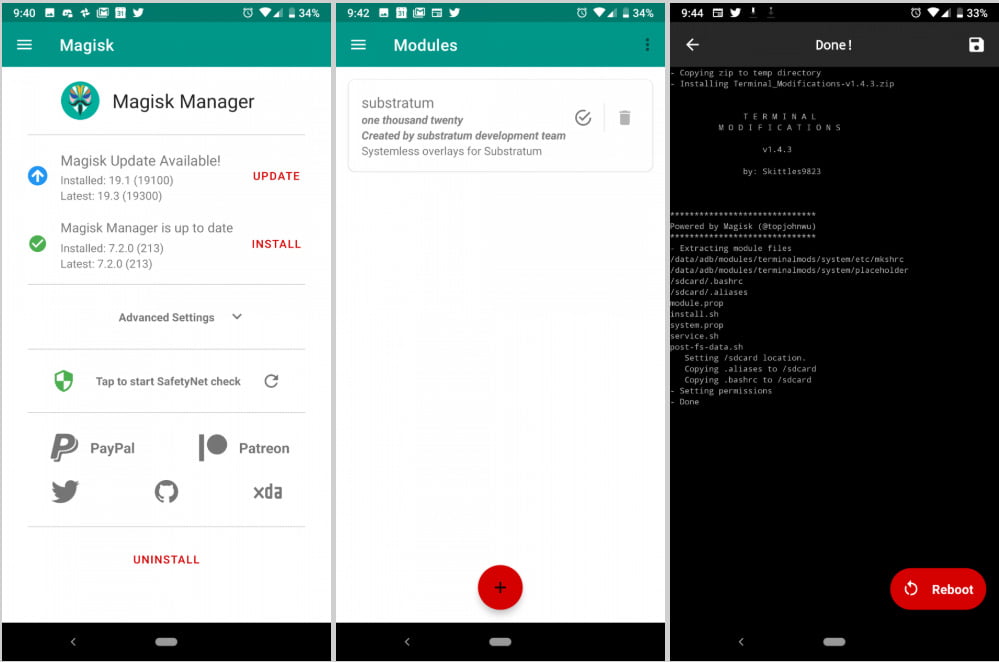 The new Magisk 19.3 version can be flashed via TWRP Custom Recovery. If you are already in the previous version of Magisk, you don’t need to install it using recovery. You can directly update it using the beta channel. Check out how to update Magisk in the tutorial ahead.

There are two methods to install Magisk:

However, the second method is not recommended for novice users since it is quite tricky. You need to familiarize with the steps before you proceed with it. Both methods are described in our detailed tutorial below:

For those who have already installed Magisk 16.4 or older, follow these steps to update it:

How to update Magisk root to Magisk 19.7

[NOTE: The screenshot given above is taken from an older version of Magisk. But the process will be the same for version 19.3.]

Scroll down to find ‘Update Channel’ and tap it. Select the option ‘Stable’ since that is the latest version that you will be upgrading to. Return to the Main screen and refresh by swiping the screen down. The refresh will automatically provide a pop up which provides an option to update the software.

Tap on ‘Install’ or in some devices ‘Direct Install.’ The latest Magisk 19.3 installer will do the work automatically. Reboot the device by tapping the ‘Reboot’ button.

Remember that the Magisk Manager will also be automatically be updated to the latest version.

After the reboot, the Magisk Manager 7.2.0 will be automatically installed, and you can proceed to browse through the official repository and download required modules to add extra features on your Android Device.

So you are done with this tutorial! You had successfully installed the latest Magisk 19.3 using our guide. If you faced any problem with performing this tutorial, please let us know by dropping a comment below. Our team will reply you back as soon as possible.

Check out our root based post for any Android devices:

It is a very common question that people ponder over if they haven’t yet tried it.

For those who are new to Magisk, these points will certainly peak your interest in Magisk:

We know the necessity to root, how to install and update Magisk and why to choose it. I hope you have a better understanding of Magisk and willing to try it out for your Android device.

[If you don’t like it, there is always the option to remove it with just a few clicks.]

There is numerous root software but, many don’t sustain the community due to various reasons like stability, too many bugs and errors, zero improvement and more.

Magisk doesn’t belong to that category since the latest version explains a lot about its stability and the increase in users proves its popularity among Android community.

I hope you will try to install Magisk to have your Android device more personalized by customizing it to suit your style and taste.